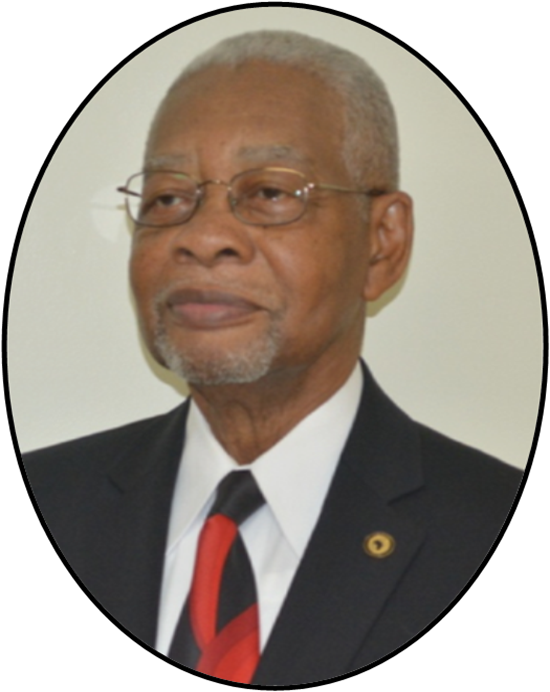 His educational preparation includes a high school diploma, West Deep Creek High School, Wadesboro, NC, at the age of 16; a Bachelor and Master of Science, NC A&T State University, Greensboro, NC; Master of Theology, Virginia Union University, Virginia, and Doctorate of Theology, Richmond Virginia Seminary.  Upon completing his Masters at NC A&T State University, he was employed as an Assistant Research Biochemist in the Ames Product Development Laboratory, at Miles Laboratory in Elkhart, IN.

From 1969-1979, he was employed in the Norfolk Public Schools as a teacher, assistant principal and principal. At the collegiate level, he served as a Biology Instructor at Hampton University, Assistant Professor of Physiology at Norfolk State University, and Chemistry Instructor at Tidewater Community College.

As an educator, he is a life member of the National Alliance of Black School Educators, having served as National Treasurer and National Chair of the Commission of Local School Administrators.He co-authored a Physical Science Laboratory Manual, used in the Norfolk Public Schools; participated as Principal Writer of FiBaChu – an after school program at First Baptist Church, Berkley in Norfolk, a Participating Writer of the National Alliance of Black School Educators’ Technical Assistance Center (Washington, D.C.), a $500,000 grant program, and has served as workshop leaders in public education and Christian Education.

He served six years in the United States Marines Corps.  He sustained injuries as the on-duty Marine while stationed at the American Embassy, Saigon, Republic of South Vietnam as it was bombed on March 30, 1965. In the lobby alone, 26 persons were killed while he and one other person walked out.

Little accepted the Lord Jesus Christ and was baptized at West Deep Creek Baptist Church the second week in August 1952. As a child, he grew up in a home where his father served as Sunday School Superintendent, as a deacon (for 50+ years); his mother served as an usher and choir member. Most of his Christian experience has taken place in Norfolk and Chesapeake, VA. As a former member of First Baptist Church-Berkley, Norfolk, he served as: Sunday School teacher, usher, deacon, and president of Brotherhood Department of the Virginia Baptist State Convention and retreat leader.

As a pastor, he served as banquet chair, education chair, secretary, first vice president, and 51st President of the Tidewater Metro Baptist Ministers’ Conference of Virginia, leading the Conference in a major revision of its constitution and by-laws; and including more female ministers than ever before.  He served as secretary and second vice moderator of the Norfolk Union Baptist Association.  He coordinated the Tidewater Churchwide Institute and served as dean.

In the community, he served as a member, and president, of the Community Resource Network of Chesapeake (CRN) leading to the purchase of a home for destitute families, a member of the FEMA board of directors, and a member of the Advisory Board of NOVA Chemicals, International.

In 1996, he served as a professor at the Richmond Virginia Seminary, member of the board of trustees, and as its Second President.At Norfolk Theological Seminary and College, he served as Dean of Student Affairs, and professor of Homiletics.

After 30 years of pastoring, he now enjoys being a retired pastor serving occasionally as guest pastor and workshop facilitator for local congregations in the area of leadership. He spends time enjoying traveling with Shirley, his wife since 1965.